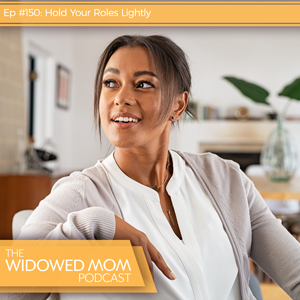 Do you ever wonder who you are now that your spouse has died?

This is a question so many of my clients relate to. We get so attached to our roles in life, and when one gets taken away, we feel lost.

But you are so much more than just a mom, wife, or even a widow.

So, if you’re ready to stop letting your roles cause you pain, this week, I’m showing you how to hold your roles lightly.

If you want to create a future you can truly get excited about even after the loss of your spouse, I invite you to sign up for my free training.

Welcome to The Widowed Mom Podcast, the only podcast that offers a proven process to help you work through your grief, to grow, evolve, and create a future you can truly look forward to. Here’s your host, Master Certified life coach, grief expert, widow, and mom, Krista St. Germain.

Hey there. Welcome to another episode of the podcast, the 150th episode in fact. It’s just like I just started it yesterday and we’re 150 episodes in. This has really been a privilege for me, a labor of love to be honest. What I hope you get out of this podcast is that you see that you don’t have to settle for a new normal, that’s less than what you want, that you don’t feel as isolated as I felt after Hugo died and I couldn’t find a podcast like this. That’s what I hope you get out of it.

And I’ll have to tell you too that as much as it costs me to do this podcast because it actually takes a lot of time and energy and I pay a producer, and it costs money. I’m also really proud of the fact that you get to listen to this podcast and you don’t ever have to hear an ad. I hate listening to podcasts with ads, it drives me nuts. And so, I’m really proud that in 150 episodes I have never gotten paid advertising. So, you’re welcome. You’re welcome. I hope you love listening to the podcast and I hope you also appreciate that it’s ad free. And we’re going to keep it that way.

And you can help me keep it that way. If you haven’t written a review and you’re loving the podcast, would you go review it, please? And just write why you love it, why other people should listen because that’s what helps us get in front of more widows. And that’s what I want to do with this podcast is help more people.

Maybe you know this feeling. If so, what I’m going to talk about applies to you. But I also want to broaden the discussion. I don’t want it to just be about our roles as wives. I want you to think about all the roles you have had in life and the roles that you have not had yet but will. Because the problem I see is that many of us overidentify with our roles. So maybe we’re a mom, a wife, nurse, director, teacher, runner, or artist, musician, whatever.

And if I were to go a step further I would say that we are the consciousness or the awareness that’s having a human experience and choosing the roles. Because even after this human experience is over I personally don’t believe that our experience ends there. But if we don’t remind ourselves that we’re more than our roles, if we don’t hold our roles lightly then we have a much harder time when our roles change.

So, I want to talk about making space to see ourselves differently. And instead of identifying with our roles so much, I want to offer that we switch our focus and identify instead with our values and we hold our roles very lightly. This way as time passes, our roles have room to evolve. And by identifying with our values, we give ourselves room to change and to breathe, and to become whatever the next version of our roles will be. Because values are available to us no matter what role we’re in, they’re available to us in this moment right now.

Let me tell you a couple of stories, give you a couple of examples so you can see how overly identifying with roles can be problematic. When the pandemic started, we were about a couple of months in, I was contacted by a couple of coaches who specifically work with athletes. And many of those athletes are Olympic hopefuls.

I have seen this a lot too with people as they age, So for instance, well, I used to own a couple of fitness centers. And oftentimes I would get members who would come in and they had been lifelong runners. And they really identified with the role of being a runner. But something had happened, an injury and they were no longer able to run. And they were suffering so much because they had identified so much as a runner that they almost couldn’t see life without running.

And so, I want you to think about how you’ve labeled yourself, what roles have you been in? For me back in the day when I did own those fitness centers I held that role very tightly for, I don’t know, a decade. I don’t remember how long I did that but I had two fitness centers, Curves. I don’t even know if Curves are still around, there’s probably a few of them but I had a couple of them in my early 20s. And I had all the shirts, literally everything I wore had a Curves logo on it. I had all the tchotchkes, everything in my life for so long was about my identification as a Curves owner.

I mean truly, every t-shirt I had, I had the logo on it. And I identified with that role big time, Curves owner. And so, it was really hard for me or harder than it needed to be I think. When I closed one location because it wasn’t performing and I sold another and I no longer had that role, but yet I held it so tightly, I didn’t want to let go of it. And when it was gone I struggled.

And comparatively speaking I have also identified as a volleyball mom. My daughter who is 18 has played volleyball for a number of years and I have identified as a volleyball mom. But I have learned to hold that role a little bit lighter. And so, it’s not to say that now my daughter, since she’s been injured and her volleyball career is pretty much over, she was never going to play college ball. But we did think we had another season of club and now we don’t because she got hurt and she’s just not able to play.

Because I know now and I’m more in touch with my values as opposed to my roles, even though I still feel grief around her volleyball ending and me not getting to be the volleyball mom anymore, it’s not so painful, it’s not so hard. I haven’t clung to that role like I clung to the Curves owner role. Do you see the difference? And instead, I have learned to think of myself less in terms of what I do and how I spend my time and more about who I am no matter what I’m doing, what I value no matter what my role is.

So, I’m someone who values love, acting from love, being loving. And that’s available to me no matter what role I’m in, it doesn’t matter. I’m someone who values responsibility and by responsibility I mean I value my ability to choose my response to any situation that I encounter. And it doesn’t matter what role I’m in because I can always choose my response to the situation that I encounter. That value of responsibility is always available to me. I also believe that I’m a person who does hard things. That’s a value of mine. It’s a way that I see myself and it’s independent of any role that I’m in.

So, what do you value? And if that answer doesn’t come easily to you, it’s okay. What would you like to decide to value? You don’t have to go on a deep search for your values any more than you have to go on a deep search for your purpose. You can just decide what you value. You can decide it right now. You can go Google a list of values and just decide which ones jump out at you. And then we don’t need to cling to our roles. We can hold them very lightly. We can make space for our roles to evolve over time.

We can make space to close one chapter of a role and open another. When we don’t hold our roles so tightly, just imagine, it’s in the palm of your hand, what are those roles for you? Can you put your hands in front of you, make a cup with them and hold them in your hands? Hold those roles in your hands very lightly. We’re not clinging, we don’t have a death grip on them. And we don’t see them as the truth of who we really are. We just see them as things we do, parts of our lives, aspects.

If we hold our roles lightly we’ll see that we’re so much more than any role we’ve ever had in our life. And we won’t miss the truth of who we really are which is the human, the consciousness, the awareness, the one who has the roles, not the role itself.

So, if there is a role you’re clinging to, just consider the possibility of holding onto it a little bit more lightly and instead identifying more closely with your values because no matter what role you’re in, your values are available to you right now. Okay, that’s what I have for you this week. Remember, I love you, you’ve got this. Take care and I’ll see you next time. Bye bye.

If you like what you’ve been hearing on this podcast and want to create a future you can truly get excited about after the loss of your spouse, I invite you to join my Mom Goes On coaching program. It’s small group coaching just for widowed moms like you where I’ll help you figure out what’s holding you back and give you the tools and support you need so that you can move forward with confidence.

Please don’t settle for a new normal that’s less than you deserve. Go to coachingwithkrista.com and click work with me for details and the next steps. I can’t wait to meet you. 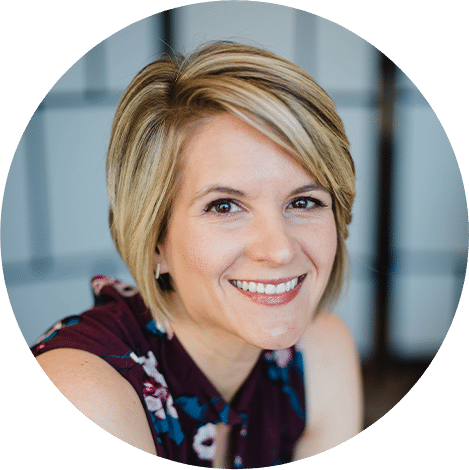 Get the top 3 episodes delivered to your inbox
for FREE.